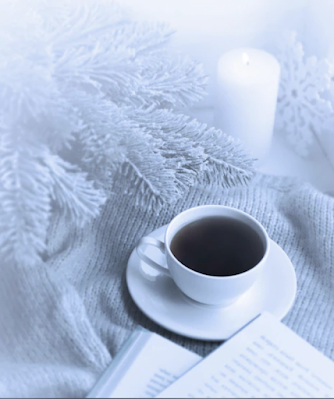 This week's topic is ten books I'd like to read this coming winter. I had a hard time with this one because narrowing it down to only ten books is impossible for me! There are just too many to choose from but I did my best. What is your bookish wish list for the coming season?
(All book descriptions are from Amazon books)
1. Hercule Poirot's Christmas by Agatha Christie
In Hercule Poirot’s Christmas, the holidays are anything but merry when a family reunion is marred by murder—and the notoriously fastidious investigator is quickly on the case. Christmas Eve, and the Lee family’s reunion is shattered by a deafening crash of furniture and a high-pitched wailing scream. Upstairs, the tyrannical Simeon Lee lies dead in a pool of blood, his throat slashed. When Hercule Poirot offers to assist, he finds an atmosphere not of mourning but of mutual suspicion. It seems everyone had their own reason to hate the old man. . . . 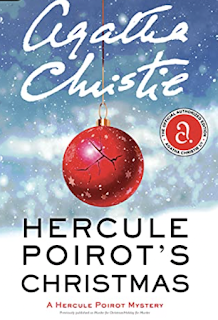 2. Murder In the Snow by Verity Bright
As snowflakes fall, Eleanor is cheering on contestants in the traditional fun run in the grounds of the Hall. But tragedy strikes when one of the runners drops dead at the finish line. Dashing Detective Seldon is convinced it’s just a heart attack, but Eleanor isn’t so sure. When she finds a rather distinctive key where the man fell, Eleanor knows she’ll never rest until she finds out the truth about what happened in her own home. 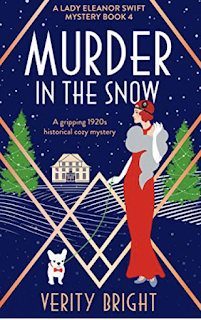 3. After Flodden by Rosemary Goring
Patrick Paniter was James IV's right-hand man, a diplomatic genius who was in charge of the guns at the disastrous battle of Flodden in September 1513 in which the English annihilated the Scots. After the death of his king he is tormented by guilt as he relives the events that led to war. When Louise Brenier, daughter of a rogue sea trader, asks his help in finding out if her brother Benoit was killed in action, it is the least he can do to salve his conscience. Not satisfied with the news he brings, Louise sets off to find out the truth herself, and swiftly falls foul of one of the lawless clans that rule the ungovernable borderlands. 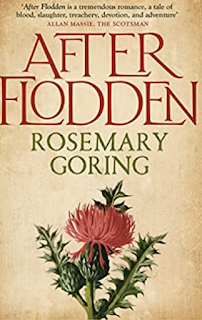 4. America's Daughter by Celeste De Blasis
1773. The night that Addie Valencourt sneaks out to witness the Boston Tea Party, she knows that her world is about to change forever. Soon, the love and security of her tight-knit family is torn apart by the fight for American independence. When the British lay siege to Boston, Addie’s English-born father welcomes them into his home, while her childhood sweetheart Silas leaves to join General Washington. Addie is determined to follow him when she meets Scottish Highlander John Traverne. The frowning, dark-haired soldier is unlike anyone she has ever known, and he interests her more than he should. But any future with a man on the opposite side of this fight is impossible… 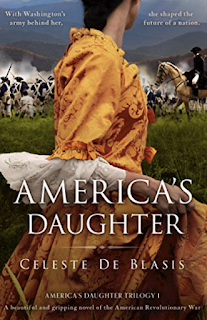 5. The Three Crowns by Jean Plaidy
In post-Restoration England, King Charles II has fathered numerous bastards, but not a single legitimate heir. Because of this, his brother, James, Duke of York, is heir-presumptive to the thrones of England, Scotland, and Ireland—the three crowns of Britain. But James’s devout Catholicism, and desire to return Britain to the rule of Rome, does not sit well with his subjects and his time as king is sure to be short.
Raised under the Protestant guardianship of her uncle King Charles, James’s daughter Mary finds herself at fifteen facing a marriage to the Dutch and Protestant William of Orange, long prophesied to be destined for the throne. But can she follow her calling to rule Britain without losing the love of her father? 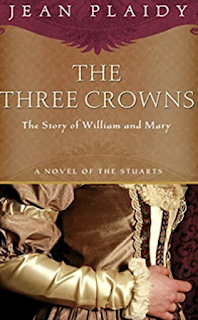 6. The Second Mrs. Astor by Shana Abe
Madeleine Talmage Force is just seventeen when she attracts the attention of John Jacob “Jack” Astor. Madeleine is beautiful, intelligent, and solidly upper-class, but the Astors are in a league apart. Jack’s mother was the Mrs. Astor, American royalty and New York’s most formidable socialite. Jack is dashing and industrious—a hero of the Spanish-American war, an inventor, and a canny businessman. Despite their twenty-nine-year age difference, and the scandal of Jack’s recent divorce, Madeleine falls headlong into love—and becomes the press’s favorite target. On their extended honeymoon in Egypt, the newlyweds finally find a measure of peace from photographers and journalists. Madeleine feels truly alive for the first time—and is happily pregnant. The couple plans to return home in the spring of 1912, aboard an opulent new ocean liner. When the ship hits an iceberg close to midnight on April 14th, there is no immediate panic. The swift, state-of-the-art RMS Titanic seems unsinkable. As Jack helps Madeleine into a lifeboat, he assures her that he’ll see her soon in New York… 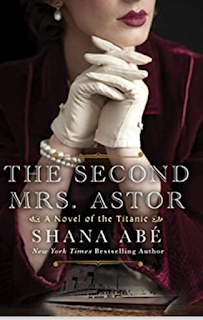 7. The Sheen On the Silk by Anne Perry
Arriving in the ancient Byzantine city in the year 1273, Anna Zarides has only one mission: to prove the innocence of her twin brother, Justinian, who has been exiled to the desert for conspiring to kill Bessarion, a nobleman. Disguising herself as a eunuch named Anastasius, Anna moves freely about in society, using her skills as a physician to maneuver close to the key players involved in her brother’s fate. With her medical practice thriving, Anna crosses paths with Zoe Chrysaphes, a devious noblewoman with her own hidden agenda, and Giuliano Dandolo, a ship’s captain conflicted not only by his mixed Venetian-Byzantine heritage but by his growing feelings for Anastasius. Trying to clear her brother’s name, Anna learns more about Justinian’s life and reputation, including his peculiar ties to Bessarion’s beautiful widow and his possible role in a plot to overthrow the emperor. This leaves Anna with more questions than answers, and time is running out. For an even greater threat lies on the horizon: Another Crusade to capture the Holy Land is brewing, and leaders in Rome and Venice have set their sights on Constantinople for what is sure to be a brutal invasion. 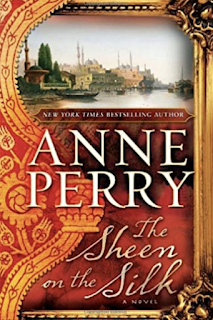 8. Katherine by Anya Seton
Set in the vibrant fourteenth century of Chaucer and the Black Death, the story features knights fighting in battle, serfs struggling in poverty, and the magnificent Plantagenets—Edward III, the Black Prince, and Richard II—who rule despotically over a court rotten with intrigue. Within this era of danger and romance, John of Gaunt, the king’s son, falls passionately in love with the already-married Katherine. Their affair persists through decades of war, adultery, murder, loneliness, and redemption. 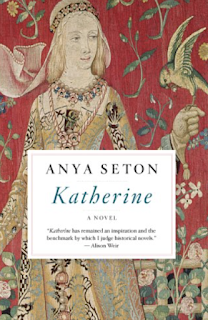 9. The White Ship by Charles Spencer
The sinking of the White Ship in 1120 is one of the greatest disasters England has ever suffered. In one catastrophic night, the king’s heir and the flower of Anglo-Norman society were drowned and the future of the crown was thrown violently off course. In a riveting narrative, Charles Spencer follows the story from the Norman Conquest through to the decades that would become known as the Anarchy: a civil war of untold violence that saw families turn in on each other with English and Norman barons, rebellious Welsh princes and the Scottish king all playing a part in a desperate game of thrones. All because of the loss of one vessel – the White Ship – the medieval Titanic. 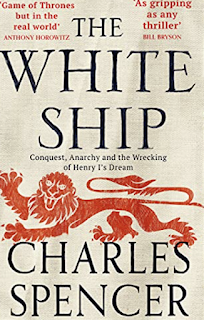 10. The Summer Fields by L.P. Fergusson
In the year 1704, dairy maid Elen Griffiths’ immunity to the smallpox plaguing England should be a blessing. But it feels more like a curse when she is selected to leave her home and nurse high-born Viscount Mordiford through the illness within the confines of Duntisbourne Hall. There, Elen finds a horribly afflicted patient but she also discovers a friend in Ned Harley, the charming valet. However, before long sinister forces threaten Elen’s life and honour. Rescued by the man she has grown to love, she flees the country with the English army, not knowing if her affections are returned. Across the Channel, Elen finds purpose serving as a nurse during the Duke of Marlborough’s campaign. Surrounded by the horror and confusion of the brutal war against the French, Elen is reunited with her love on the eve of the Battle of Blenheim. She learns that his feelings mirror her own, but a moment of joy may be all they ever know. Even if he survives the battle, a figure from the past threatens to destroy Elen’s freedom, her happiness and her life. 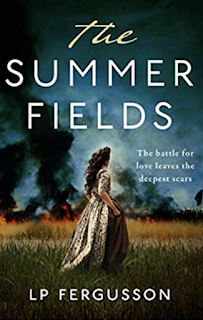